10 Reasons Why You Need to Travel to India

The local people in India, particularly in the rural areas, are some of the kindest and most hospitable people I’ve encountered in all of my travels. Whether you’re invited into a local’s home for a traditional meal or just simply wander the streets and encounter children playing, you’ll surely be touched by the warmth of the locals. 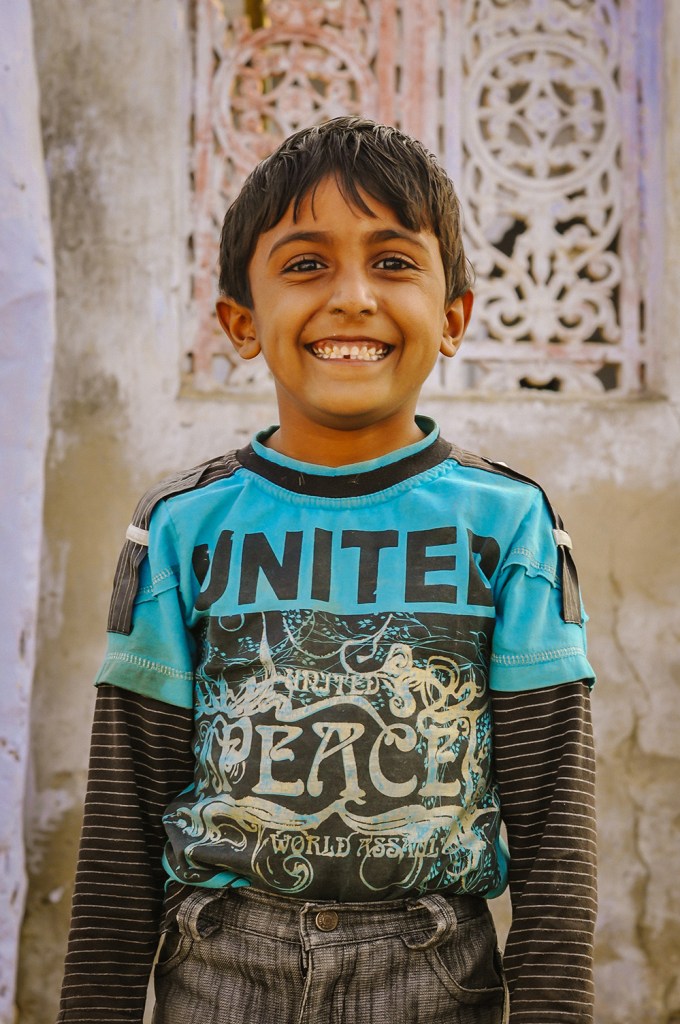 The Taj Mahal, one of the seven wonders of the world, is the most iconic symbol of India and is, arguably, the most famous monument in the world. Built by the Emperor Shah Jahan as a memorial to his favourite wife, this ‘teardrop on the face of eternity’ is widely considered one of the most beautiful architectural wonders ever created. A visit to this marble mausoleum needs to be on every traveller’s list. 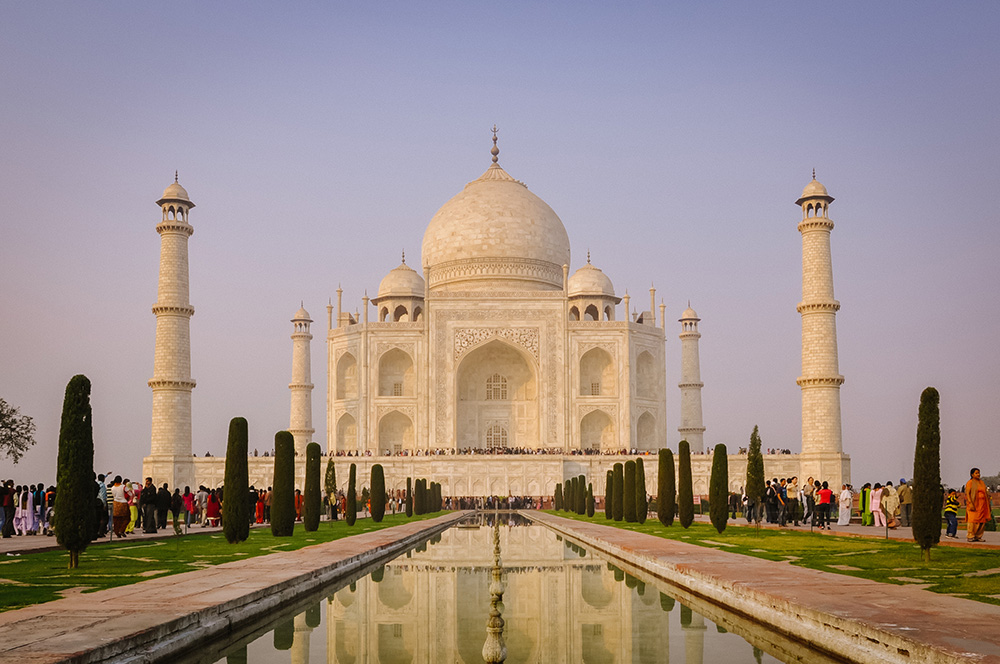 The food alone is reason enough to travel to India — I sampled some of the most delicious food I have ever tasted during my travels there. Indians take their food very seriously and the cuisine, just like the country itself, is incredibly diverse.

In the North, you’ll taste lots of thick, creamy curries that are moderately spicy. My favourites include mutton rogan josh, parathas and tandoori chicken. The food in the north is heavily influenced by Persian and Mughlai styles of cooking. Southern Indian cuisine is commonly characterised by the use of ingredients such as coconut, seafood and rice and is spicier than food in the north. My favourite southern dishes were the masala dosas and fish coconut curries. Vegetarians are also well catered for in India, due to the large proportion of Hindus who are vegetarian. 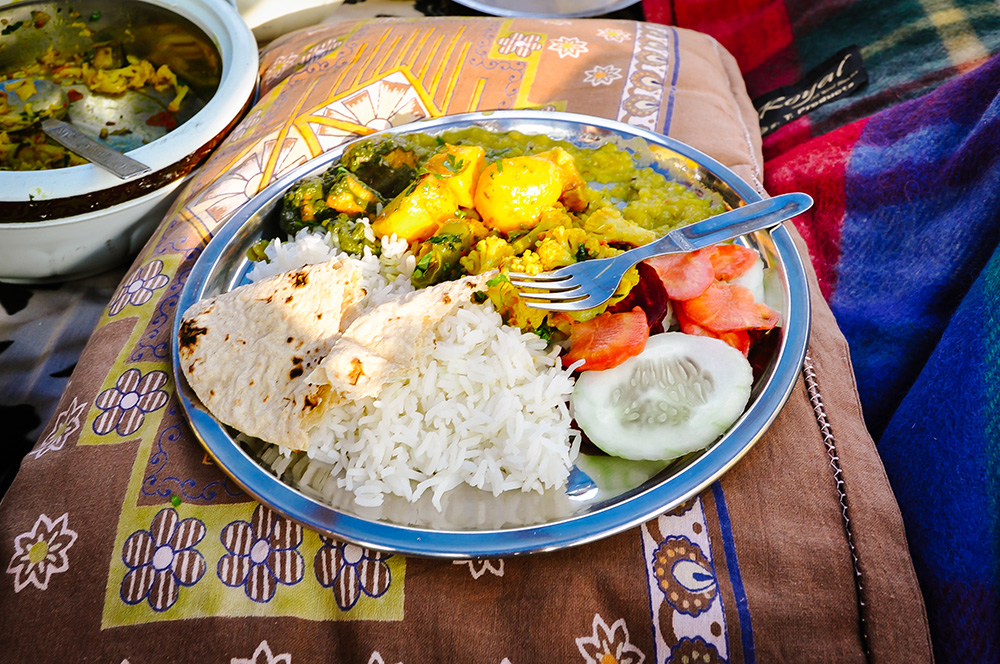 4. The holiest river in the world

The Ganges River runs 2,525 km from the northern Himalayas all the way to the Bay of Bengal. It is much more than a river to the one billion Hindus in India and beyond, however. It is their lifeblood. Not only does it provide sustenance in the form of fishing, industry and agriculture, it is also believed to transport the prayers of believers to heaven and a dip in the river is said to purify the soul. Many observant Hindus make a pilgrimage to Varanasi, India’s oldest city, to participate in ceremonies or to cremate the dead along the banks of the Ganges. Hindus believe that if the ashes are washed away in the river, the soul is guaranteed to be transported to heaven and will escape the cycle of rebirth. 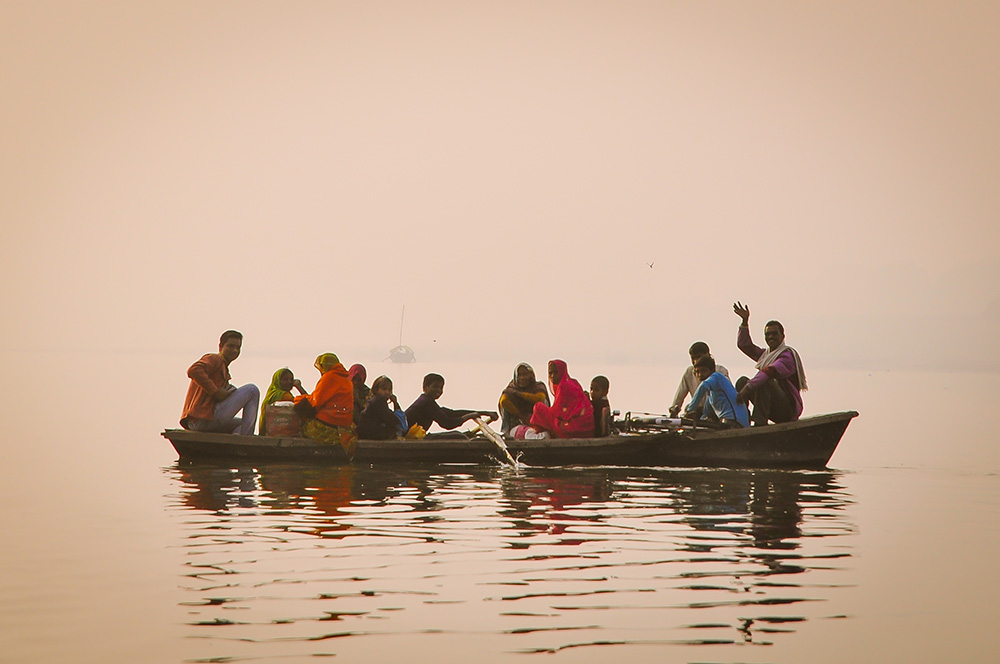 The province of Rajasthan in the north of India conjures up images Maharajas and Moguls, of majestic forts and opulent palaces. It is said that there is more history in Rajasthan than all of India combined. This is a land of camels, precious jewels and stretching desert landscapes. 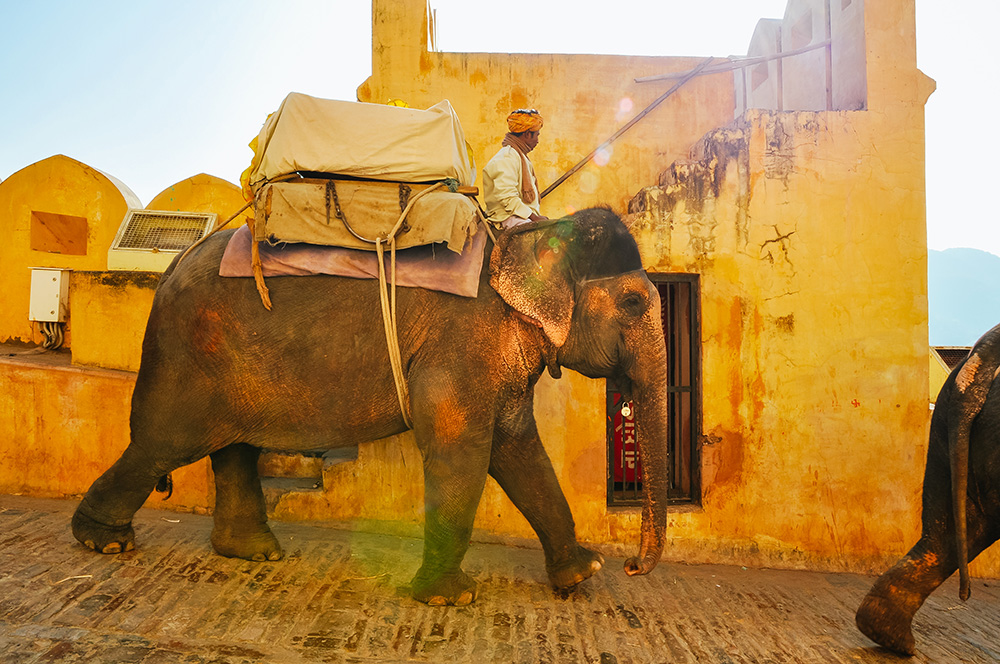 India’s palm-fringed southern beaches are the ideal escape from the frenetic pace of the north. While many of the popular beach destinations in Goa are now crowded, the state’s southern, more remote beaches are quiet and more pristine. My favourites are Agonda and Palolem, about 90 minutes south of Goa’s airport. 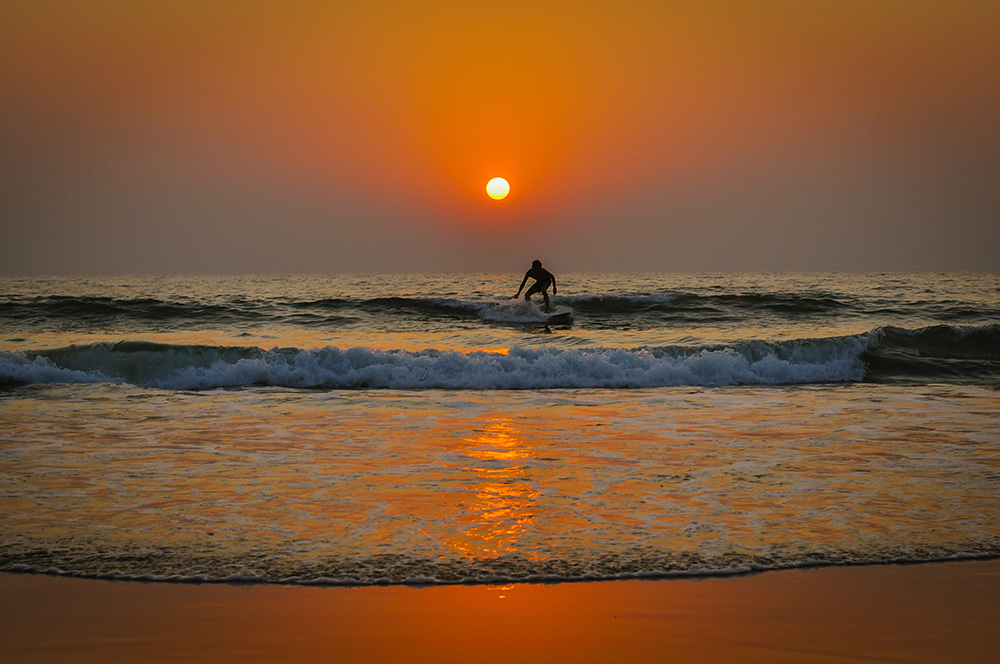 Embracing the chaos is an important part of any trip to India! There will be endless traffic jams, crowded streets, delays, incessant honking of horns, swerving motorbikes and rickshaws and many invasions of personal space. Learning to relax, going with the flow and being at peace with things happening on ‘Indian time’ will facilitate a much deeper understanding of the nation and culture. 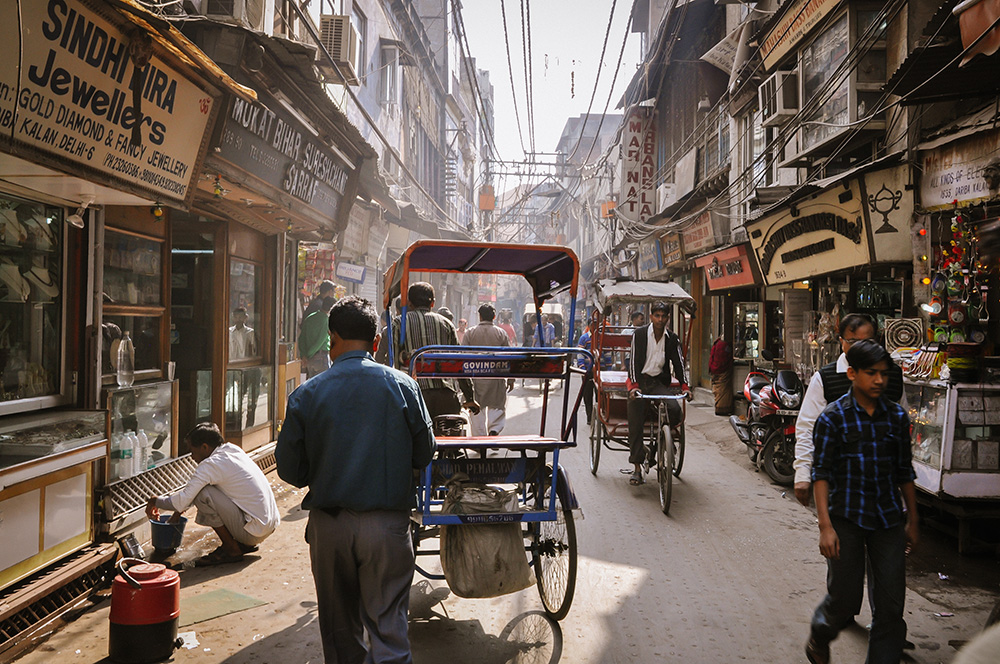 In India, religion and spirituality are intricately intertwined with everyday life. India is home to all of the major religions of the world and is the birthplace of Hinduism, Buddhism, Jainism and Sikhism. Observing the local people engaging in their daily rituals is a profoundly intimate experience. Many people also come to india to find spirituality, practising yoga or attending a meditation retreat in an ashram. 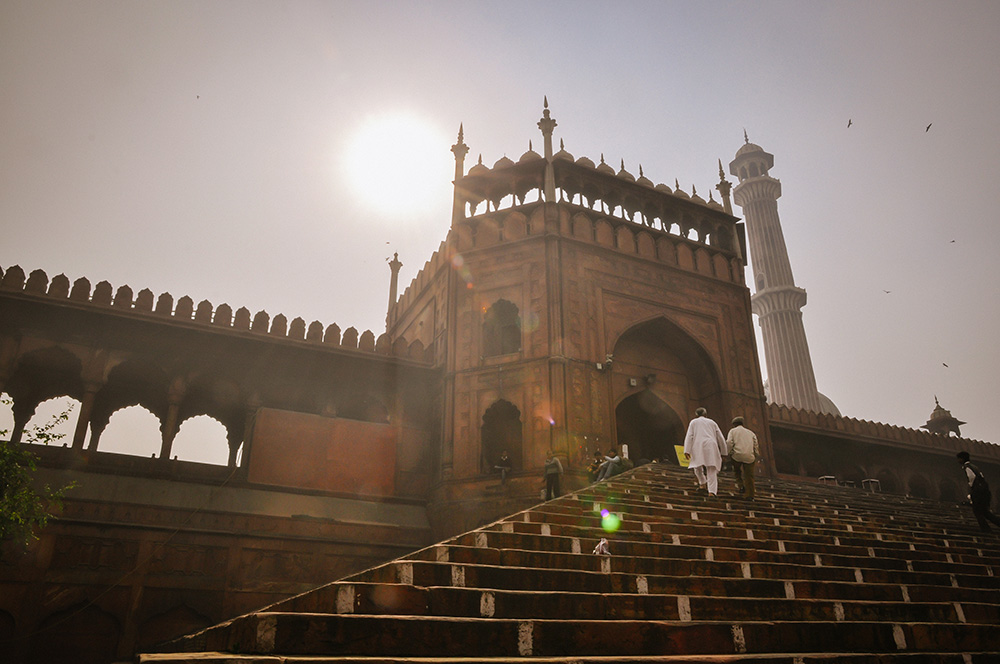 9. The history and architecture

India is an exceptionally beautiful and architecturally diverse country filled with forts, palaces, mosques, temples, monuments and ancient ruins. Home to the world’s oldest civilisation, the architecture of India is rooted in its history, religion and culture. Architectural styles have evolved under the influence of countless dynasties as well as the colonial period. There are currently 32 UNESCO World Heritage-listed sites across the nation, making India a treasure trove for history buffs and design enthusiasts. 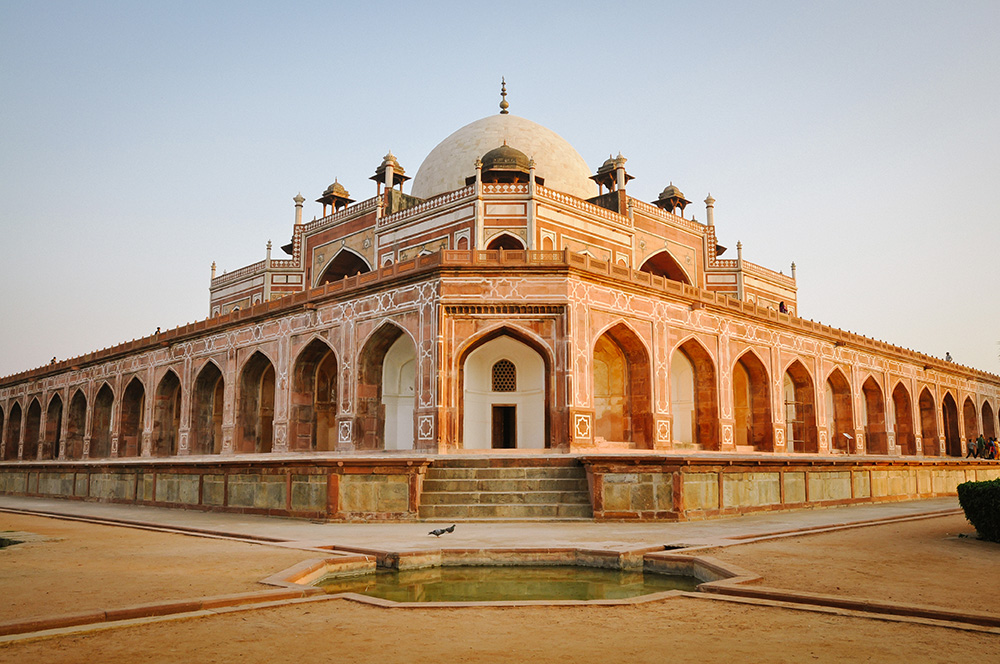 No matter where you travel to in India, a keen sense of adventure follows you everywhere you go. Whether you’re riding around the southern beaches of Goa on a Royal Enfield, trekking snow-capped mountains in the north, attempting to spot Bengal tigers and Indian elephants in the wild, or even just navigating the chaotic streets of Delhi, travelling to India is one big adventure! 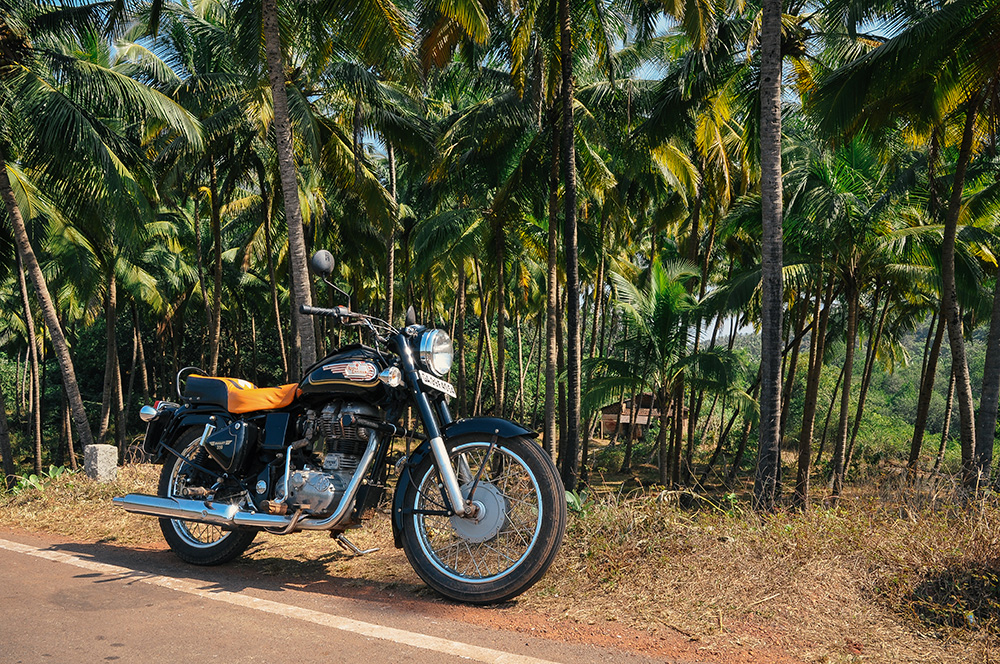